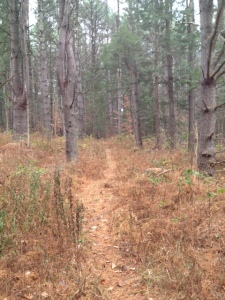 Why learn about hunting skills?

I did not grow up in a household that hunted wildlife for food. The most I learned about killing an animal for my supper was having to look a lobster in the eyes, stating, “Although you may give your life up unwillingly, I thank you just the same,” and then dunk the lobster head first into the pot of boiling water. But that wasn’t hunting. We went to the grocery store to pick out the live lobsters. And my only exposure to the concept of hunting growing up was that careless men shot into the woods at helpless deer, leaving fawns orphaned. (Yeah, thanks for that misconception, Disney.) The reality, I have learned, is vastly different.

In July I wrote an article about the transition of my perception of hunting entitled, “There Is No Box“. As we enter fall, and start seeing “hunter orange” in the woods, I want to share with you my experience in taking a hunter education course through Massachusetts Fish & Wildlife. Even though I am not currently a hunter, a friend who is suggested I take the course anyway. I found the course to be great fodder for writing and research and I am thankful that Nancy encouraged me. Interestingly, about have the class was youth and about 40% were female. 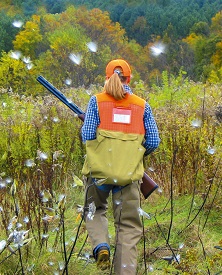 The Basic Hunter Ed course is not just about where to point the “boomy end” of the stick – in a safe direction! – it’s about ethics; it’s about why there are laws in place to protect the environment and wildlife and conserve natural resources. The four principles of hunting are:

Did you know that it was hunters who called for the end to market hunting at the turn of the century? By taking the exchange of money out of the equation, there was no longer the push to kill for cash. This set into motion conservation practices and specific laws that would safeguard game animals based on science and statistics.

In taking the course I learned, not only the types of firearms and how to operate them safely, but also: basic survival gear you need to bring (and know how to use) to keep yourself safe, alerting others to your whereabouts and keeping a plan, physical fitness for being out in the woods and tracking wildlife, shooting skills to make a clean kill and minimize your prey’s suffering, steps to take after you take the shot, the laws that govern what you can shot and when, and why and where you wouldn’t take a shot. As a hunter it is vital to respect wildlife and not take a shot just because it’s legal but doesn’t “feel right”. “Whenever hunters doubt whether actions are legal, responsible or safe, they must give the advantage to wildlife.” This is called “fair chase.” The first night of the class we were given a bunch of scenarios and had to work through, in small groups, what we thought was the most ethical thing to do. It wasn’t always straight forward or simple. That’s why it’s imperative that you develop a personal set of ethics and stick to them. 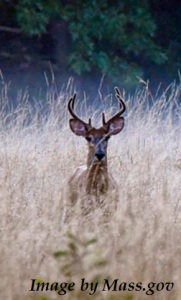 We could just as easily ask, why garden? Both activities get you outside. Both activities allow you the opportunity to get in your body and just be with Nature. And both activities involve harvesting for nutritive food. With gardening, some plants you do pull up by the roots, thus severing their ability to grow and thrive. Their individual life is over. Same with an animal that is killed for food – whether that be livestock or wild game – these were individuals whose lives have ended so that others may eat. And I grateful to my neighbors who hunt for I have directly experienced the kindness of hunters sharing their catch. I happily take the bones to make nourishing soup stock – you know, that new fad called “bone broth”.

I am not sure if, or when, I will hunt for food. I am not sure if I could shoot another living being for food. But if I do, I want to be sure that I can do it correctly and as humanely as possible because it pains me to think of another being suffering so I can eat. Thankfully, I have friends who are experienced and ethical hunters who can show me how. And in fact, another new friend, Jeff, met me at the range to show me how to shoot. I was able to shoot 4 different firearms to assess which felt the most comfortable to fire. And I learned that a semi-automatic is NOT a firearm that will continually fire; you still have to pull the trigger each time – that is why it’s called a semi-automatic. So even if you hear someone talking about using an automatic firearm for hunting, it is really a semi-automatic. There are no fully-automatic firearms used for hunting – those are military-grade.

As the season turns, please enjoy the outdoors – all the sights, sounds, and scents – and do wear “hunter orange” so that hunters can be sure to see you and you them and we can all share the woods and fields responsibly and with joy.