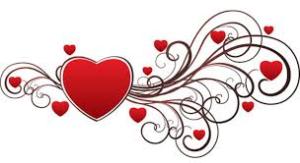 Humans are not the only creatures who are pulled by sensations of love during the coldest time of year. Many a wild creature is waking up to the sensation of… “Wow! It’s freaking cold outside! Gotta find a mate and procreate.” Okay so maybe the Raccoon or Skunk or Gray Squirrel or Barred Owl or Bald Eagle don’t use those exact words but February is the time when several creatures “get it on” with their mates. So if you are smelling a certain scent on the air, it may be all those pheromones. (It could also be all those hot-to-trot male skunks out sniffing for love “in all the wrong places” and got scared by your car passing by.)

Now some of our wild neighbors are more arduous than others. Gray Squirrels for instance love to play tag; in fact it is part of their courtship ritual to chase each other through the forest, up and down trees… in a loving way of course. And coyote are so taken with the experience that even after the throws of this couple’s passion, the pair are essentially locked together for up to 25 minutes. (I will leave it to your imagination as to why.)

Was that a dream I just had? 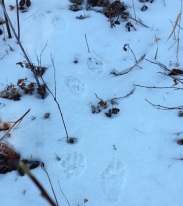 Raccoon and skunks, have similar curious breeding habits; it’s called the “wake me when I’m pregnant” style. The courtship is brief so don’t blink. The excited male starts wandering around in February sniffing at females’ dens, searching for a female in estrus. When he finds what he sniffing for, he enters her den inquiring of her receptivity. The sleepy female, as longs as she is in estrus, gives no complaints and copulation occurs. While the female rolls over to continue her winter nap, perhaps she thought she was dreaming, the promiscuous male will then more likely than not, leave the den in search of another dreamy female. And this is why, also more often than not, you will find raccoon and skunk road kill this time of year. The male has got only one thing on his mind and it has nothing to do how to traverse from point A to point B. 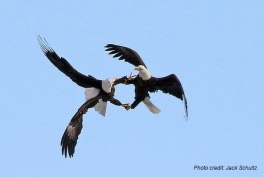 Grab hold and hold on tight!

Ah, but then there are the Bald Eagles! These adrenaline rush junkies lock their talons together and allow themselves to plunge earthbound. But before they fall so utterly, they release their hold and climb the sky — together. It is a courtship committing to nest and nerve. And whether they are a new couple just getting hitched at the age of 4 or a committed couple 20 years into their relationship, they recommit with this ceremony every year.

Who-ooo is making that racket?

We have several very noisy neighbors who let everybody know their business, one being the Barred Owl. Courtship behavior involves a complex series of bobbing, weaving, wing flapping, and vocal presentations, mostly coming from the male. The female will occasionally interject with a noticeably higher pitched vocalization. As the males woos the female, he circles in and which each presentation he slowly moves closer to her. Many males experience success through gift giving. (Human males must have been observing this and surmised that human females also might appreciate gifts.) Owls tend to woo their mate with a fresh kill, which the female voraciously accepts and there is much raucous rejoicing from both parties. After quite the racket, the pair will fly off together and find some secret getaway to copulate.

And then there is Kissing!

And kissing isn’t just a human activity in showing affection. Many mammals kiss; licking each other’s faces, simultaneously tasting and smelling the scent of their partner. 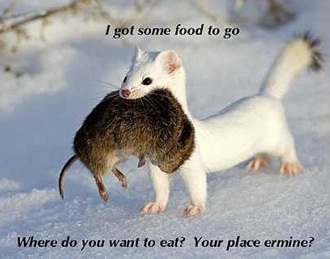 Present her with a gift! 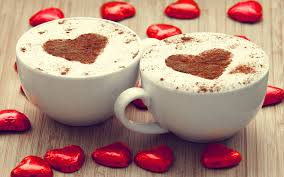 Now I am not suggesting you need to lick your partner’s face or present her with a fresh dead mouse. But while it is COLD out there in the outside, after you’ve had your fill of February, head inside, share gifts (chocolate is a much more acceptable gift than dead mice or voles!), cuddle under a blanket, and do what the spirit moves you to do to stay warm. It’s freaking cold out there! 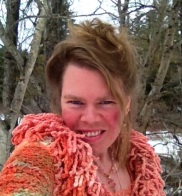 This article appeared in The Independent as a special February feature in celebration of Valentine’s Day.

One thought on “Love is in the Air: February is Mating Season for many Wild Creatures”