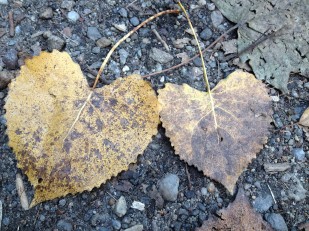 Autumn is about letting go; being present in the release.
You don’t forget the past; you let go of its hold on you, and it becomes mulch for your growth.

The Law of Return 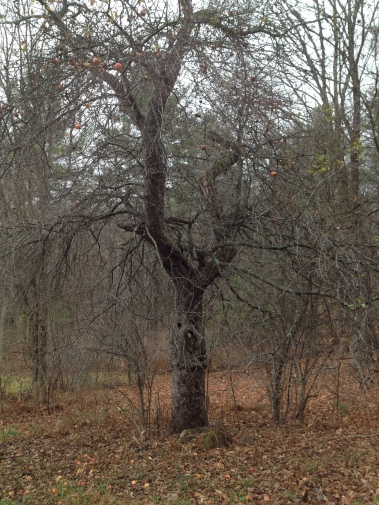 You can learn quite a bit about your own processes by looking at Nature’s processes. Flora consume nutrients throughout the growing season, and then, in their death, give back to the ground when the growing season is over. I have stated that when I die I want to give back to the Earth the only gift I have left to give – my body – and that in death, may my body feed the Earth as the Earth has fed me all my life.

In considering letting go of something – a pattern, a habit, a relationship a career – you are opening a space for something new. But you’ve got to give that something room to grow and nurture that dream and vision to create a new pattern or habit or relationship or career.

So how does the past – the dead tomato plants, leaves, dinner leftovers – become healthy soil amendment for next year’s growth? It starts with decomposition. Yep rot. And this process takes time. So you’ve got to have patience and a little T.L.C. (that’s tender loving care.)
In September you may have noticed the leaves starting to turn color as the deciduous trees pulled back their resources and cut off nutrients to the leaves. And as autumn fell in October you may have observed these colorful leaves starting to fall. They let go. They were let go. Leaves covered the ground. You may have even been raking them up into piles. (Did you jump in them? I hope you jumped in them.)

As the leaves lay on the ground, molds may start to get a hold on them. Molds are fungi that grow in multicellular filaments called hyphae. And these networks of hyphae are called mycelium. If you find white threads growing in the duff or snaking through a rotting log – that is mycelium helping to break down the organic matter by releasing acids and enzymes, thus, making nutrients available for new plant growth.
Fungi are not the only beings that help the process of decomposition along. Invertebrates who live in the soil, such as earthworms, millipedes, sow bugs, slugs, and snails, eat decaying plant matter, shredding it into smaller and smaller pieces as they eat it. And thus consumed, the plant matter goes through the critters’ digestive systems, and the remains are released. Worm castings? Yeah, that is worm poo. So what the wild ones left behind is what makes for a healthy nutritious amendment to add to the soil in your potted and garden plants.

One more tip – don’t bury the past, cutting off oxygen in the process; just let it go, let it go, and let Nature break it down – decomposing and recomposing, with healthy amounts of water and sunlight, for new growth.

Leaving the letting go analogy behind, composting in winter really is as simple as throwing your food waste into a bin outside and mixing in shredded leaves (maple are sweeter than oak, which has more tannin.) Keep one of those leaf piles you raked next to the bin and add a frozen handful when you throw your food waste in. Then in the spring, as the air and soil warm, it’ll be time to turn the compost to aerate it. As you aerate it, keep a 2:1 ratio of green (food waste) to brown (deciduous leaves and/or hay), for a well-balanced compost pile. Finished compost is what you hear called “black gold”; it’s rich with nutrients and ready to work into the soil to help your garden grow.