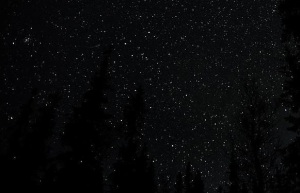 The Longest Night is approaching. How do you keep warm?
With good food and good company. Seconds on hugs and lots of blankets.

The Longest Night of the year is approaching. Now you may say, “Bah! What does it matter? It will still be dark and cold for months to come.” And of course you would be correct that it will be dark and cold for months to come. And yet, the dark and cold could give us a moment to pause; a moment to huddle close, a moment to reflect, an extra moment of blissful sleep. And with the returning light after December 21, you could take an extra moment to “photosynthesize”, soaking up every extra bit of sunshine you can. Yes, similar to a plant, convert that little bit of sunlight into energy and widen your smile just a tad. Think on all the things you are grateful for and be glad. 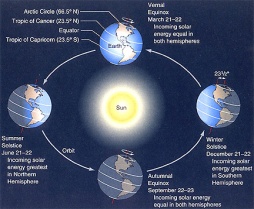 Astronomically, Wednesday, December 21st at 5:44 a.m. marks the moment of the shortest day and the longest night here in New England. It is the same moment all around the northern hemisphere (the southern hemisphere will experience summer solstice) but as we are in different time zones, though the moment is the same, the hour is not. For example, if you have family in the United Kingdom, you can call them and wish them “happy Yule” at 5:44 a.m. – should your be up that early – and they will say “thank you” at 10:44 a.m.

Even if you don’t notice it, after Winter Solstice, the light will be dwelling just a tad bit longer day by day until we reach the Summer Solstice – the longest day. 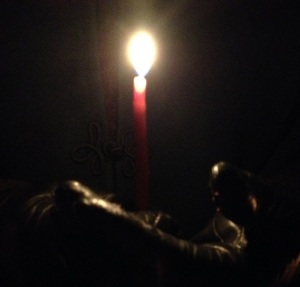 For many, this season marks the rebirth of light even in darkest night. But this is not a judgement on the goodness of either light or night – both are needed to know the other and both are needed for the world to exist as it does. To celebrate this longest night, you can light a candle and consider what “light” you want to bring into the world. Consider your intentions – for yourself, for your family, for your community – in the coming year. Bright Blessings to all!

There was a crispness today that you could walk right into – and I did.
The cold air caught in my lungs and I swallowed winter.
The crunching ice glistened in a sunny day that couldn’t quite touch the chill.
As I walked my ears were met with the tales chickadees tell one another
in the hush of the day
and my eyes ate the red squirrel scolding me.
I couldn’t quite say it was a lazy day (though I didn’t do much)
being outside
lungs pumping blood that I could then taste on the roof of my mouth
my body arching into the wind
only partly accepting the reality of
COLD.
But it certainly was a good day
a day when the mind could just wander through the hemlock and downed beech limbs.
I picked up kindling in the yard
dropping thoughts like too many sticks that I could no longer cradle.

Into the Outside is a bi-monthly feature in the Ashfield News and Shelburne Falls & West County Independent. This article appeared in the December 14th, 2016 edition of the SFWCI.